I hope everyone believes in the concept of heaven. I personally believe in the presence of heaven. But to discover this concept we likely have to die. So why not make the place we reside in a living heaven? I hope by now you have figured out what I’m writing about – It’s cleanliness by waste management.

The father of India, Mahatma Gandhi was a determined follower of cleanliness who used to say “Sanitation is more important than Independence”. I also read an interesting article about Mahatma Gandhiji’s contribution on cleanliness the link to article is mentioned in the reference section. The current Government of India had initiated “Swatch Bharath Abhiyaan” (Clean India Campaign) in 2014 to stop open defecation and also to improve solid and liquid waste management especially in rural areas.

Since I live in a village, the disposal of wet waste (the degradable ones) is not a problem as we can produce compost from it which is later used as organic fertilizers on agricultural lands. But management of the dry waste (the non-degradable one) is the big mess. So, normally people throw all of this waste in the river nearby our place.

Moreover, many stray animals who normally don’t have anything to eat, consume these waste materials and since this waste is non-degradable it likely damages their digestive tract subsequently resulting in their death.

I think the best way to solve this problem is for the government to create awareness and educate people on waste disposal management by setting up awareness programs, training camps regarding the effects on environment caused by throwing waste carelessly on streets and water bodies.

Also, it would be a good idea to plant street lights place near rivers and lakes as we know the common saying “People like to do bad things in the dark”. As a result, by installing street lights people will rarely throw waste in rivers and lake as they will know that people will know about their action. It is also advisable to install instruction boards to order people not throw waste near water bodies. It is also important to give contracts to certain private institutions to provide land to dispose waste which can be later used as manure and fertilizers.

Now we cannot always advise government to take measures on cleanliness. It is also our duty to make sure that we take vital steps to intensify cleanliness and reduce waste disposal. Even though the Government of India has imposed penalty for open waste dumping people still throw waste in public areas which is a shame. Instead of throwing waste like plastic, glass and paper carelessly it is better to call the ragpickers and give this waste which can be recycled.

We know the motto of cleanliness that is REDUCE REUSE AND RECYCLE. We can already see the results of the massive response to the introduction of paper bags which is a great initiative taken up by both people and the government. The introduction of the concept of plastic roads was also an exceptional project set in motion which results in cutback of plastic waste. Even fuel production can be done using plastic materials which can be considered as a good bargain for the production of plastic materials.  It is also a noteworthy to realize that by burning municipal solid waste which produces steam in a boiler , electricity can be generated. If the problem of waste materials is sorted out, cleanliness is automatically achieved. So, this my dear friends is the conclusion of my concept of clean heaven.

A student with a dream of becoming a writer someday !! View all posts by Rithika Adappa 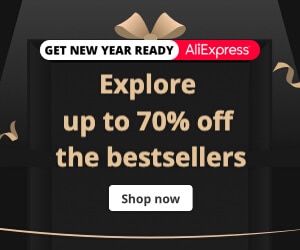